Home
Services
Immigration
Family
Criminal
Attorneys
Annelise M. Araujo
Stefanie Fisher
Resources
Communities
Directions
Attorneys
Annelise M. Araujo
Annelise M. Araujo is an experienced and respected attorney with a strong background in all areas of immigration and family law. A native of Rio de Janeiro, Brazil, Annelise came to the United States at age 18 to study law. Her personal journey as an immigrant and an attorney gives her the legal expertise, dedication and compassion needed to resolve your case and help you achieve your American dream. Attorney Araujo is licensed to practice in the Commonwealth of Massachusetts, the U.S. District Court for the District of Massachusetts and the U.S. Courts of Appeals for the First Circuit. She has been a guest lecturer at Suffolk University and contributed writing on asylum and business immigration to Alan Tow’s textbook, “Immigration Law,” which is under contract with Prentice Hall. Before establishing her own practice, Attorney Araujo worked as a senior associate at the Law Offices of Jeffrey B. Rubin, P.C., in Boston. She handled the firm’s employment immigration matters and divorces, and represented clients trying to obtain permanent residency or fight deportation. Previously, Attorney Araujo worked at Tadmor & Tadmor in Worcester and with South Coastal Counties Legal Services in New Bedford. She is a member of the American Immigration Lawyers Association (AILA), and currently serves as events coordinator for AILA New England and previously served as a member of the AILA Congressional Relations Committee. Annelise is fluent in English, Portuguese and Spanish and conversant in French, which allows her to build solid relationships with clients of many different backgrounds. Attorney Araujo holds a juris doctor from the University of Toledo College of Law and a political science degree from Bowling Green State University.
Stefanie Fisher
Stefanie Fisher is passionate about defending immigrants to the United States. Stefanie’s mother emigrated from Austria in 1967. Stefanie chose to pursue a career in immigration law so that she could help new generations of immigrants achieve the American dream. Prior to founding her own private practice in 2010, Stefanie worked as an immigration associate at Masferrer & Associates, P.C. Stefanie graduated from the Northeastern University School of Law in 2009. While at Northeastern she interned with The International Institute of Lowell and Boston, Masferrer & Associates, P.C. and Van Der Hout, Brigagliano & Nightingale. While in law school, Stefanie participated in the Domestic Violence Institute at Boston Medical Center. She was trained in client empowerment interviewing, a technique she applied at Northeastern’s Domestic Violence Clinic where she assisted pro-se (self-representing) individuals to obtain restraining orders at the court in Dorchester, Massachusetts. Stefanie is a member of The American Immigration Lawyer’s Association (AILA). Stefanie is licensed to practice in the Commonwealth of Massachusetts. She speaks English, Spanish and German. 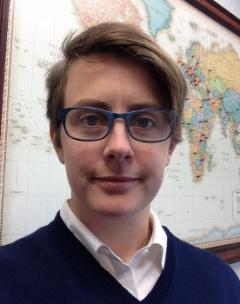